Its not Halloween, but the new moon in Pisces might make you see ghosts this week

The week begins with a new moon in Pisces on February 23, which happens at 4 degrees in the sign of the fish. The intuitive, trance-like new moon evokes spirituality, creativity, and a sincere capacity to connect to art. Simultaneously, Venus in Aries squares Jupiter in Capricorn, inviting you to deepen your emotional intelligence and compassion by seeing drama in your life and tension in the world.

With the sun and moon conjoined close to Mercury, this new moon continues to emphasize the lessons of patience and intuition we can learn from the planets retrograde transit. Pay attention to your dreams, visions, and desires; use art, music, and storytelling to open your tender heart. Resilience requires finding healing, transformation, and growth in areas that bring you pleasure, joy, and ease. Give yourself the space you need to nourish and nurture your creative spirit because doing so now pay dividends in the long-term. And of course, if its part of your practice, go ahead and do a new-moon ritual to nurture your spiritual connection.

The new moon in Pisces wants you to get moving

Given the lack planetary influence in the air signs during this new moon in Pisces, you may feel particularly heavy, especially with so many other planets in Capricorn. To counterbalance this, conjure air in your life. Open windows, burn incense, do transformational breath work, journal, go on a long walk outdoors.

Even though a new moon suggests a time to rest, nows not the time to be sedentary.

Even though a new moon suggests a time to rest, nows not the time to be sedentary, with the lack of air signs stifling flow in your life. Another reason engaging a low-intensity workout may feel medicinal this week is the new moon sextiles Mars in Capricorn, imbuing the atmosphere with a go-getter attitude thats best applied to physical movement. Acting on this will deepen your capacity to embody and embrace exactly what you wish to call in.

Why youre going to encounter ghosts this week

In the days that immediately follow the new moon, the cosmic heat builds even more: Mars conjoins the south node and opposes the north node, while the sun sextiles the south node and trines the north. The effect of this is that you may feel sucked into patterns from the past, but simultaneously called forward by your future self. Stay courageous and fight for the life you most wish to live. If you do backslide into old habits and behaviors that dont serve you, call yourself out. Let someone you are close to know, and ask for accountability. Remain firm in your commitment to conjure and create the life you most wish to live, which includes you being your healthiest self.

On the 25th, the Mercury in the retrograde journey comes to an apex as Mercury and the sun conjoin, which may welcome backsliding from other aspects of your past. You can expect ghosts, whether they be an ex, an old friend, or old feelings youve long since forgotten. Whatever happens, dont brush off anything as coincidenceits all part of this weeks cosmic curriculum. Notice and listen deeply to whats unfolding for you emotionally and intuitively.

On the highest level, the cosmic weather calls for forgiveness. If you find yourself holding on to resentments, ask yourself if you can surrender them.

On the highest level, the cosmic weather calls for forgiveness. If you find yourself holding on to resentments, ask yourself if you can surrender them. Remember, forgiving someone doesnt mean that what they did was right or that it didnt hurt or do damage. Rather, forgiving is about releasing yourself from the toxicity of reliving the betrayal over and over again in your own mind. And if you need to ask anyone for forgiveness, nows the time for that, too. Conjure your courage, be brave, admit where you were wrong, and apologize.

Thankfully, on the 26th, Mercury trines the north node and sextiles Mars on the south node. This locomotive position helps you further move in the direction of your most desired outcomes and highest good. That said, on the 27th, Venus in Aries conjoins Eris, and the aggressive combination squares Pluto, causing abrupt and eruptive circumstances.

This is not the time to argue, but instead, to observe. Explore your feelings, perhaps even anger or rage, and be mindful of eating a blood-sugar-balanced diet to ward off any potential hanger. And if you would benefit from taking a mental-health day, take one. 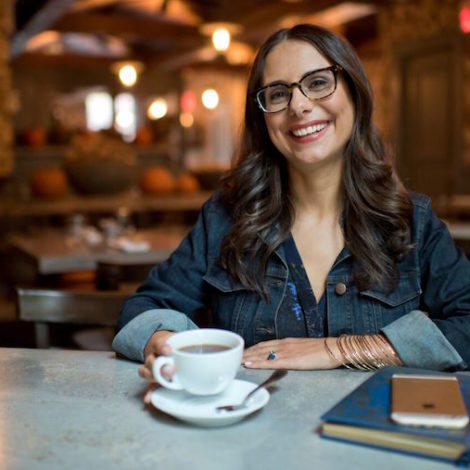 Jennifer Racioppiis the creator of Lunar Logica philosophy that integrates the deep wisdom of both science and spirituality, and blends her expertise in astrology, positive psychology, and womens healthto coach high-achieving female entrepreneursto reach their next level of success.