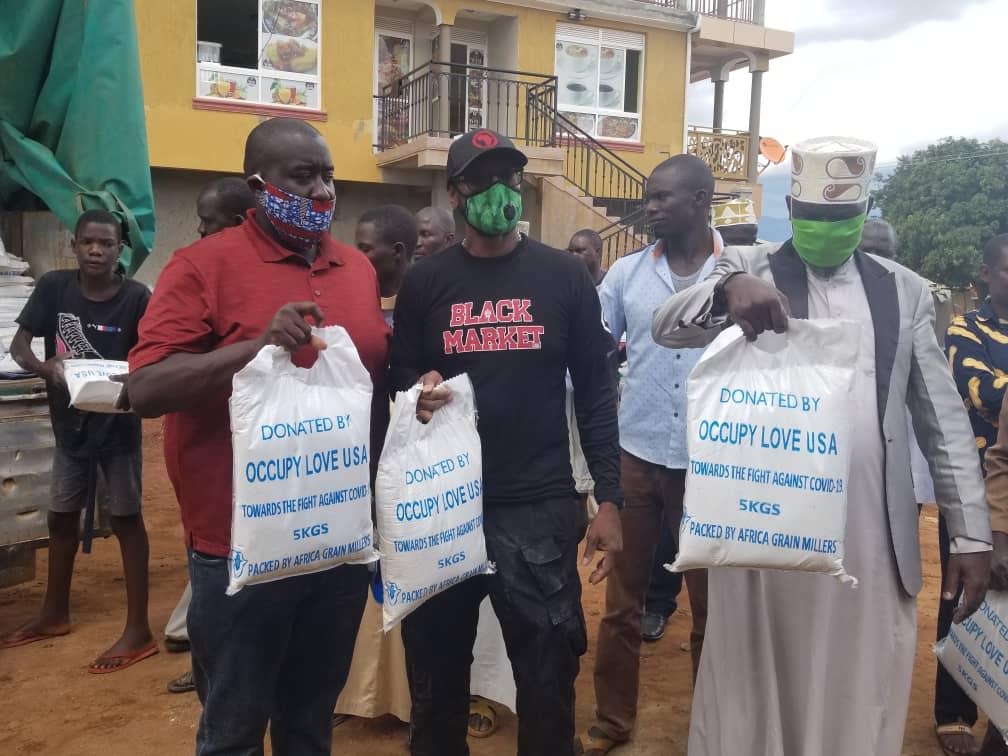 While offering the donation, the singer noted that the Covid-19 lockdown  has  left a number of people vulnerable and in dire need who must be helped out by those who still can.

“We have been in Nakaloke town council in Mbale which has marked the beginning of our Eastern region tour and very soon we shall be proceeding to Busia.”

Andre thus appealed to other people to come out and stand with those in need  adding that blessed is the hand that gives than one that receives.

During the event, Isaac Kigozi the Managing Director, East African Partners (EAP, a company that markets East Africa religion as the best investment destination noted that this is the moment to stand with those who are in dare need.

“As EAP, we don’t only focus on investment but also on the well- being of our people, we shall continue to give and donate to those in need even after the lock down, we believe that together we can help save lives that would have perished due to hanger,” Kigozi said.

He added that the mission to save lives by providing food relief has just started noting that they will continue donating to vulnerable people throughout the country including those in Kasese who have been affected by heavy rains.

“We appreciate the continued partnership with Black Market Records CEO, Cedrick Singleton through which we have been able to offer food relief to Ugandans in Luweero and now in Nakaloke Town Council in Mbale District,” Walusimbi said.

While receiving the relief on behalf of the Muslim community in Nakaloke Town Council, the Eastern Muslim Regional Khadi, Shekh Ahmad Haamid Wandega appreciated the group  for being considerate to the Muslims in Nakaloke most of whom were finding it hard to break their fast because of the lockdown effects.

“On my behalf and on behalf of the Muslim community, I thank donors for the good will and spirit, our people in this country are starving, because of the lockdown, the religious people were not spared because all the religious centres were locked down and they are starving with nothing to feed on yet this is also a holy month of Ramadhan,” Sheikh Wandega said.