#SaturdaySpotlight is on D.K. Christi and Ghost Orchid!

Baby it's C-O-L-D outside but at least the sun is shining. I am so. very. tired. of. the. rain and gloom!

Today's guest is brand new to me and our blog so please give D. K. Christi a huge, warm. W-E-L-C-O-M-E as she shares her book, Ghost Orchid with us. 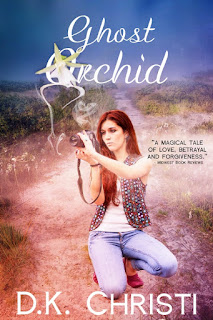 Two parallel love stories twist and turn around family secrets beginning with Mel whose nondescript life has a moment of renewed passion before tragedy strikes and she's unable to reveal her hidden secrets to her estranged daughter, Neev.

Neev, raised by a loving foster family in Germany and educated at Oxford finds modeling a bore but joy in the other side of the camera chasing the endangered species of the tropical jungles. Her mentor, Roger Andrews, shapes her talent and her love life though a young tour guide in Africa is exciting. An amateur photographer, Jack, is in the shadows as he discovers the ghost orchid that brings all the pieces together in the mystical discovery of eternal love.

Excerpt: She stepped out of the shower, toweled dry, and slipped her naked body between the sheets, satisfied that everything would get back to normal soon. The highs and lows would go away. The beauty of the swamp would give her serenity back. The challenges of her work would occupy her mind. Friends and family were scattered about. She would make a better effort to spend time with them.

A trip to Germany was now a necessity that could no longer be ignored. She decided to dump the email and the email provider without delay so she had no opportunity to change her mind. She turned the computer on for just a minute. A flash of green shocked her resolve.

Do you still have the room key, and will you come back? flashed on the screen.

Yes. She responded and turned off the computer. She dared not risk looking again or thinking again. She could only act on instinct. Her instincts told her they were not, after all, finished. She quickly threw on sweats, combed back her still-damp hair with its silver threads, and packed a few things in a backpack in case they were up all night and she had to leave from the hotel for work.
The story she was prepared to reveal might take all night. She made no attempt, this time, to look any better than who she was. Shed already endured what she believed was his rejection. If he called her back, it was his heart speaking to hers. The exterior did not matter.

She drove through the fog that was coming in from the Gulf in dense clouds that hid the changing colors of the traffic lights. The key hed handed her at check-in was like a gesture of habit, and she really had not thought much about it at the time. She found it still tucked in the side of her purse. That made it easy.

He called her on the cell phone to be sure she was on her way. She thought he might have changed his mind. She thought she might change hers as she followed the winding road through the fog with the tower barely looming ahead. He wanted to be certain she was okay, that she was truly coming back.

She parked in the garage and took the elevator to his floor. She slowly entered the key in the lock, lightly tapping on the door at the same time. He opened it, half dressed. He had a hanger in his hands, neatly putting away his slacks, standing just back from the doors opening in his shirt and socks. Only the bathroom had a light. The room itself was dark except for a little glow from the full moon that challenged the fog.


Wow....D. K., what an intriguing blurb and excerpt! We certainly wish you the best of luck and God's blessings with your book and in your writing career! Now please tell us a little about yourself.... 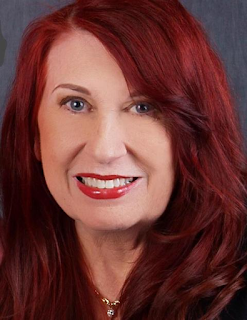 "Themes of friendship surviving tragedy, love conquering adversity & the triumph of the human spirit over the hardships of life serve to uplift and inspire...through her stories perhaps discover something new about yourself. " -- Amazon.com

A polished platform presenter and professional voice with multiple writing and publication topics, she also has an entertaining and informative approach to Sex, Myth and Magic - The Ghost Orchid, popular at book club, book store, environmental and orchid events.

"The beauty of the Everglades shines through on every page, the ghost orchid the heart and soul of the story." -- National Public Radio

D. K. Christi has been executive director, president, CEO and founding board member to successful philanthropic and corporate entities such as the Community Foundation of Collier County, Florida begun in 1985 with currently over 400 funds, $64 million in assets, and $64 million in grants distributed.

From technical writing to general literature, Christi travels the gamut of literary expression and takes her readers along for an emotional and enlightening ride.

Find out more about D.K by visiting her Website. Get your copy of Ghost Orchid at Amazon.

We've only got one more week in February so be sure to leave a comment and be entered into my monthly gift card giveaway!