Winning the Breakup Isn’t Worth Losing Your Mind 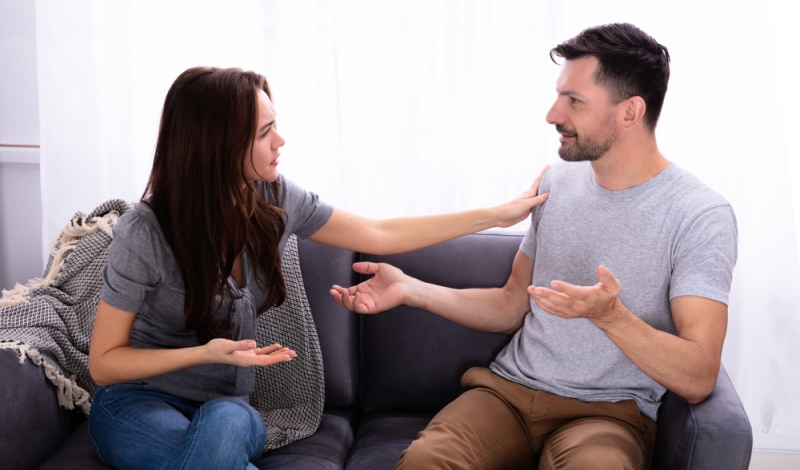 When a dating situation goes south, friends always come in to listen to your emotional waterfall and then tell you to pretend your feelings are a still lake, unshaken. Why can I not let him know about my steady streams of doubting myself? My pouring rain of wondering why he hasn’t texted me back? My trickling droplets of missing him?

What do we have against vulnerability? Trying to “win” a breakup springs from one of two assumptions, either the assumption that the person you are “up against” doesn’t care either, or the assumption that they care enough to be hurt by you being unfazed. The inherent problem with these assumptions is that if they don’t care, they never will, and winning doesn’t matter. If they do care, then you’re just hurting two people, them and yourself.

Why do we have so little faith in people that we think they’ll look down at our vulnerability? I’m not saying to beg someone to see you or to tell them that you were crying into your pillow all night. All I’m saying is that checking in on someone and asking them what went wrong is not a sign of weakness, it’s a strength.

I was seeing someone for a few weeks, and we had it rocky from the start. after a few days of miscommunication and confusing conversation, we both went silent. “don’t you dare text him”, my friends said, so I didn’t. Then it just started to eat away at me, because I didn’t have any closure or explanation, I didn’t know what went wrong or what I was trying to prove.

My mind started going into overdrive. We had so many unknowns that my mind started playing fill in the blank and the scenarios I came up with were catastrophically dramatic. I doubted everything I ever said or did to him. What if he’s waiting for me to care? to show up? Why is he in this storyline as someone whose sole purpose is to hurt me, instead of him being a vulnerable person too?

But why does he need to think that I don’t care? I don’t need to seem like someone who doesn’t care, cause that isn’t true to who I am. I pride myself on being someone who does care, someone who holds a lot of emotions and feelings and I refuse to make that a weakness.

I couldn’t understand this obsession with bottling up my thoughts and emotions just to “win” when I was only going crazy. If this is winning then I don’t want the prize, so I did what everyone told me not to do, I forfeited, I texted him.

“My pride isn’t worth my mental health”, I told myself while I sent that risky text asking him to talk. He could have been rude, he could have been nonchalant, he could have not even replied to me, and none of those situations would have changed how peaceful I felt after I hit send. This was not about his reaction as much as it was about my action.

I was feeling anxious about seeming to care too much and guilty about seeming to not care enough, and that duality was tearing me in two different directions. I couldn’t bear the thought of someone thinking that I didn’t care about them, and that is not a character flaw.

I did what I felt I needed to do to give us both peace. Sometimes, we have to stop trying to win this imaginary game of who-could-care-less, and only when I did that did I feel like I won against my own anxieties.

We had ended on vague terms, or more accurately, we had left things on a cliff-hanger. I asked him if we could talk because I didn’t understand what went wrong with us. I didn’t cry or beg or plead, I didn’t let an avalanche of feelings and thoughts snowball out of me. I was merely honest, I wanted a conversation.

What came out of that conversation wasn’t a restored connection, it wasn’t a budding romance or a new love story, it wasn’t a refresh button. It was a conversation that made sense, one that squashed all of the scenarios in my head that had me as a villain or an idiot who did something wrong or worse, as someone who hurt someone else.

What I gained from that conversation was peace of mind, a peace of mind that I would have otherwise needed to search far and wide to find within myself. Only when I gave up trying to win did I finally gain something.

This post was previously published on Hello, Love and is republished here with permission from the author.
—

If you believe in the work we are doing here at The Good Men Project and want to join our calls on a regular basis, please join us as a Premium Member, today.

All Premium Members get to view The Good Men Project with NO ADS.

Need more info? A complete list of benefits is here.

Talk to you soon.

The post Winning the Breakup Isn’t Worth Losing Your Mind appeared first on The Good Men Project.